Tottenham hosted Brighton in week 7 of the Premier League.

Jose Mourinho’s team opened the screen early. Harry Kane, who turned the penalty into a goal in the 13th minute, put his team 1-0 ahead.

Brighton started the second half with a goal as the first half ended with a 1-0 lead over Tottenham. Tariq Lamptey’s goal in the 56th minute brought a 1-1 draw.

Host Tottenham scored the winning goal with Gareth Bale. Returning to Tottenham after a 7-year Real Madrid adventure, the Welsh star made the score 2-1 with a goal in the 73rd minute. Bale scored in the Premier League after 7 years, 5 months and 13 days.

With no more goals in the remaining minutes, Tottenham left the field 2-1. After this result, the London team increased its score to 14 and the match was over the second place. Brighton has 5 points. 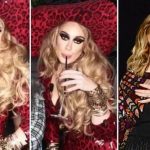 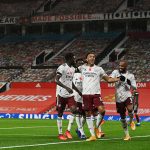