In the 4th round of the Spanish King’s Cup, Real Madrid was eliminated by being defeated 2-1 on the road against Deportivo Alcoyano, one of the third league teams.

In the 4th round played with a single match elimination method, Real Madrid got ahead 1-0 with Eder Militao’s goal in the 45th minute, and the first half was completed with this score. In the 81st minute of the second half, Jose Solbes and the home team brought equality to the score.

When the normal time of the match ended 1-1, extra minutes started.

Alcoyan football player Ramon Lopez received a red card from the second yellow card in the 110th minute of the match.

The home team continued their attacks despite being lacking, and took the lead 2-1 with the goal of Juan Antonio Casanova Vidal in the 115th minute.

When the score did not change in the following minutes of the match, Alcoyano eliminated Real Madrid and made it to the top 16 in the cup. Real Madrid, who returned empty-handed from the Super Cup, the first cup of the season won by Athletic Bilbao, who defeated Barcelona in the final match on January 17, said goodbye early to the King’s Cup.

“My players tried everything in the match. I take the responsibility. If we score another goal, we would be talking different things. Football is like that …” In the other match of the King’s Cup, Barcelona will face third league team Unio Esportiva Cornella on the road on Thursday, January 21. 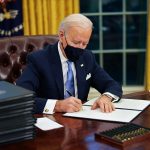 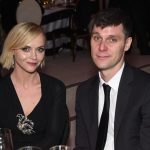