After defeating Leeds United 3-0 at home, Tottenham won the Premier League after 4 matches.

Tottenham hosted Leeds United in week 17 of the Premier League.

Tottenham, whose match for Fulham postponed, had not won in the last 4 games. Jose Mourinho’s team passed Leeds United comfortably.

Tottenham, who took the lead 1-0 with Harry Kane’s penalty goal in the 29th minute, scored 2-0 with Heung-min Son in the 43rd minute. As the first half ended with this score, in the 50th minute, Toby Alderweireld’s goal determined and Tottenham left the field with a 3-0 win.

Following this result, Tottenham raised to 29 and continued to pursue the summit. Leeds United remained at 23 points.

In Tottenham, Matt Doherty sent off in the 90th minute after seeing a red card for the second yellow card. 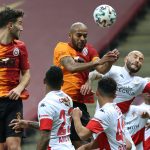 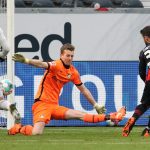