In the last week, the number of cases in the country increased by 119 percent compared to the previous week and 45.3 percent in casualties.

Under the influence of a mutation that spreads 70 percent faster than the new type of coronavirus (Covid-19). The number of daily cases in England has exceeded 60 thousand for the first time.

According to the statement of the Ministry of Health, 60 thousand 916 people were diagnosed with Covid-19 in the last 24 hours. Thus, the number of cases in the last week has increased by 119 percent compared to the previous week.

While the number of people who died due to the virus increased by 830 to 76 thousand 305. There was a 45.3 percent increase in casualties compared to the previous week.

While 3 thousand 75 people were treated in the hospital in the last 24 hours. This number has reached 17 thousand 175 in the last 7 days.

In a written statement, Yvonne Doyle, UK Public Health Medical Director, stated that the rapid increase in cases is extremely worrisome and further increases the pressure on hospitals during the winter months, “So if we can, we should stay home, reduce contacts and do everything possible to stop the spread of this virus. we have to do it, ” said.

Prime Minister Boris Johnson had declared quarantine, effective from today, in the face of increasing cases.

Calling not to leave the house, Johnson stated that the quarantine will be lifted if the age groups most affected by the virus. And those with serious illnesses can vaccinate by mid-February. 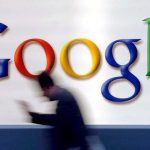 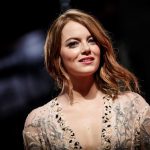