Elon Musk, owner and CEO of Tesla and Spacex, announced that he will donate $ 100 million to the best carbon capture system to be developed.

The coronavirus (Covid-19), which first appeared in the last days of 2019, continues to be the number one global agenda of our planet. But there is one more serious problem that awaits Earth, and it has the potential to be more devastating in consequences: Global Warming.

Struggle is being made in every corner of our planet due to global warming and climate change. The last name to join this fight was Elon Musk. Elon Musk, owner and CEO of Tesla and Spacex, announced that he will donate $ 100 million to the best carbon capture system to be developed.

Musk, who is the second richest person in the world after Amazon’s owner Jeff Bezos, made the statement on his personal Twitter account. The statement made by Musk last night was liked by more than 250 thousand users in a short time. Musk stated that he will make a detailed explanation on the subject next week.

WHAT IS A CARBON CAPTURE SYSTEM?

The carbon capture system is a method to prevent climate change, which means capturing and compressing CO2 from large power plants and power plants, then injecting it into the underground, for example, depleted oil deposits, rather than releasing it into the air.

WHO IS ELON MUSK?

Elon Musk, who produces electric cars with Tesla, frees space from the monopoly of the states with SpaceX, and aims to break new ground in public transportation with Hyperloop, is undoubtedly one of the most extraordinary names of the last period. Elon Musk’s life story is as interesting as the sectors he invested in. Here is the story of Elon Musk of South African origin …

Elon Musk, born in 1971 in Pretoria, the capital city of South Africa, had a difficult childhood after his parents divorced. Those who know him describe Musk as an extremely withdrawn boy. Musk, who read a lot of books compared to his peers, had read the Encyclopedia Britannica at the age of 9.

Being different from her peers caused her to meet with bullying during her primary school years. One day he was even pushed off the stairs by his schoolmates. He lost consciousness due to the blows he received. By the age of 10, he was introduced to something brand new that would change his life. Musk, the owner of the Commodore VIC-20, which hosts 5 kilobytes of RAM, soon learned the book that teaches “Basic Programming Language”.

At the age of 12, he made his first money

Musk got the fruit of this appetite two years later. Learning to program and code software on his own, Musk designed the game he wrote Blastar when he was 12 years old, and then sold this game for $ 500 with the money of that time and earned his first money in the information sector. By the age of 17, Musk’s dreams had become out of place for South Africa. She found the remedy to move to her mother in Kanaya after her divorce. Another reason for Musk’s desire to move was that he did not have to do his compulsory military service in the country.

In 1992, after two years of study at Queen’s University in Kingston, Ontario, he left Canada to study business and physics at the University of Pennsylvania, which is recognized as one of the leading universities in the USA. Having received a bachelor’s degree in economics from this university, Musk also received a minor degree in physics.

So to speak, he was ready to change the rules of the game in the technology world, which is now flourishing. Together with his brother Kimbal Musk, they launched the Zip2 project, an online content publishing software for new organizations. Musk and his brother sold this venture to AltaVista in 1999 for $ 307 million in cash and $ 34 million in stock. Musk, who owns a 7 percent stake in Zip2, has $ 22 million in his pocket. Just months before the millennium, he made a name for himself and entered the club of millionaires. In March of the same year, he co-founded X.com, an online finance and payment service, with an investment of $ 10 million, and in the following months he created PayPal. In 2002, he sold this venture to online shopping giant eBay for $ 1.5 billion.

Musk’s 11.7 percent stake in PayPal earned him $ 165 million from this sale. This amount was a number that would guarantee a lifetime of non-employment for many people. However, Musk chose to use that money to make his dreams come true. As his wealth grew, he became closer to his dreams.

With $ 165 million earned by Musk, he laid the foundations of the companies that made us hear his name today. In 2001, he began researching space travel while trying to buy Russian ballistic missiles he hoped would send into space. Instead, he started building his own rockets at SpaceX. He took the biggest risk of his career, investing more than $ 100 million in his dream of removing space from the state monopoly. The company was a pioneer in making reusable rockets.

“IT WAS THE MOST DIFFICULT YEAR OF MY LIFE”

In 2004, he provided financial support to tech startup Tesla Motors. Tesla completed its project, in which Elon Musk also took an active role, in 2006 and unveiled its first electric model Roaster. The financial crisis of 2008 brought Musk to the brink of bankruptcy. He gave $ 40 million out of his pocket to save Tesla, and withdrew $ 40 million from the bank. In the same year, he became the CEO of Tesla, which he gave as collateral to the bank. He had all the power to take the ship out of the storm.

Musk later founded SolarCity, a company that produces solar panels with his cousins. Its aim was to make clean energy easily accessible. After his investments in SpaceX, Tesla, and SolarCity, he was almost penniless. Years later, Musk would summarize 2008 as “It was the hardest year of my life.” He became in a position to take out individual loans in order to survive for a while. Days before 2009, he received the best news of the last period. The American Aviation and Space Administration (NASA) made a $ 1.5 billion deal with SpaceX. SpaceX made history as the first commercial company to ship and dock a vehicle to the International Space Station (ISS).

It was time to reap the rewards of the risks he took. In 2010, Tesla was listed on the stock market and received an investment of $ 226 million. Musk sold $ 15 million worth of Tesla shares in the same period. The company, which will be the pioneer of the electric car revolution, paid for the risk Musk took as the most valuable automotive company years later.

Musk was now getting the attention of Hollywood. Robert Downey Jr, who will play the character of Tony Stark in the Iron Man movie, got help from Musk in preparing for this role. In response to Musk’s support, the famous entrepreneur had the chance to get a role in the second movie of the series, albeit brief.

By 2015, SpaceX had signed its 24th space mission. One year later, the Falcon 9 rocket developed by the company made its first successful landing on the platform built on the ocean. The reusable rocket project Musk had been dreaming of for years had become beyond doubt. Produced using Falcon 9 experience, Falcon Heavy made both investors and Musk smile with the historical mission in 2018.

Having successfully launched the Falcon Heavy, the title of the world’s most powerful rocket, Musk proved that he is also a master in marketing by placing a Tesla brand vehicle on the rocket. For days, the world press and social media talked about the first car and the mannequin inside.

He now had enough decision money to make all his dreams come true, and he took the first steps for Hyperloop without delaying his dreams. The aim of the project, known as ‘travel vehicle in a vacuum tube’, was to transport passengers from Los Angeles to San Francisco within 30 minutes. In the same years, Musk, who founded a company called ‘Boring Company’, came up with the idea of carrying automobile traffic underground. According to Musk, the mechanism to be placed in these tunnels would help the cars reach a speed of 250 kilometers per hour, helping to solve the traffic problem.

With this step, Musk started the project of establishing a direct connection between humans and computers with a chip to be placed in the human brain. Musk, who realized the first prototype of this project, claims that thanks to the chips to be installed in the human brain, there will be no need to learn a language in 5 years. Because the battery-powered chip will be placed in the skull and will be able to send electrodes to the brain. In this way, it will be possible to upload information to the human brain, just like the programs installed on computers.

After the shares of Musk Tesla have increased by more than 500 percent since the beginning of the year, it took the second place on the list of richest people, surpassing Facebook’s founder Mark Zuckerberg and Bill Gates. 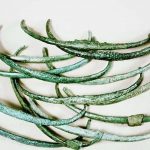 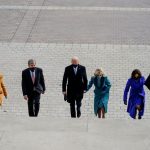