It stated that during the new type of Coronavirus (Covid-19) pandemic in the USA, 3 out of every 4 American billionaires increased their wealth.

It argued that prominent American billionaires in the country doubled their assets in the last 6 months.

“Nobody has benefited from Covid-19 as much as American billionaires.” Jeff Bezos, founding CEO of Amazon, to the fortune of $ 113 billion at the beginning of 2020. It recorded that an additional 73 billion dollars added during the pandemic process.

It stated that Facebook’s founding CEO Mark Zuckerberg has added another $ 46 billion to his $ 54 billion fortune since the beginning of the year.

In the news, companies such as Amazon, Facebook, Google, Tesla and Microsoft increased their direct profit rates due to people closing home due to the virus.

It written that many billionaires made their fortunes from the increases in the stock market despite the economic decline in the pandemic.

It has been noted that since the 1980s, nearly 80 percent of billionaires’ paying less tax is also an important factor.

Amazon did not pay any federal taxes in 2017 and 2018, previously reported in the press. The new tax law implemented by US President Donald Trump after taking office was criticized seriously.

The issue of taking more taxes from the rich is one of the main differences between Trump and his rival Democratic Party candidate Joe Biden, ahead of the presidential election on November 3. 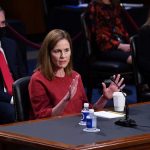 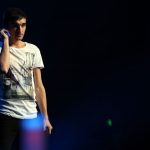