Palestinian President Abbas signed the decree stipulating that parliamentary elections would be held on May 22, 2021. And presidential elections on July 31, 2021.

According to the official Palestinian news agency WAFA, Palestinian President Mahmoud Abbas received Hanna Nasser. The head of the Palestinian Central Election Committee, at the Presidential Palace in Ramallah, the occupied West Bank.

At the meeting, Abbas handed over the decree written in his handwriting to Nasser, with the parliamentary elections to held on May 22, 2021. And the presidential elections on July 31, 2021.

In the decree, “The election process in the occupied and blockaded Palestinian territories (East Jerusalem, West Bank, Gaza Strip) will made in 3 stages (establishment of the Palestinian National Council to manage elections, parliamentary elections and presidential elections). Will made in accordance with the principles of establishment and in accordance with national conventions ”.

Late last year, a rapprochement was achieved between Hamas and the Fatah Movement as part of the search for reconciliation between political groups in Palestine. The general sectarians and representatives of the Palestinian groups held meetings simultaneously in Ramallah in the occupied West Bank and in Beirut, the capital of Lebanon, and in Istanbul on September 22, simultaneously.

Hüseyin al-Sheikh, member of the Central Committee of the Palestinian National Liberation Movement Fatah, stated on September 24 that the negotiations between Fatah and Hamas in Istanbul were positive and fruitful.

At the meetings, as a result of the steps taken to end the resistance against Israel and the political division between the groups, mutual positive steps were taken to hold elections that could not be held for about 14 years.

Hamas Political Bureau Head Ismail Heniyye sent a letter to Abbas on December 31, 2020, stating that “they agreed to hold elections sequentially, not simultaneously, as stipulated before.” Following the letter, Palestinian Prime Minister Muhammed Istiyye announced that the government was ready to put forth all efforts for the election process in the next period. 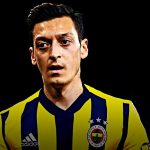 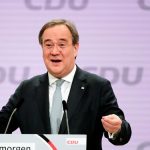