Cristiano Ronaldo, the world-famous star footballer of Juventus. Managed to become the first name to reach 250 million followers on Instagram.

Football fans have been in a big debate for a long time about who is football’s biggest star. One of the parties to this controversy is Lionel Messi from Barcelona and the other is Cristiano Ronaldo from Juventus. Cristiano Ronaldo is the undisputed number one on Instagram.

The Portuguese living legend broke a record on the social media platform Instagram, reaching 250 million followers. Thus, the football player, who managed to reinforce the title of the person with the most followers on the platform, once again went down in history.

Lionel Messi, the biggest rival of Cristiano Ronaldo on the field, remained well behind his rival in social media. Messi’s number of followers remained at 174.5 million. It turns out that C. Ronaldo is more successful on social media.

The Portuguese star’s home party sharing with her family on New Year’s Eve was also one of the most liked New Year’s posts on Instagram. More than 7 million people liked this post.

He makes a fortune on social media.

Cristiano Ronaldo’s followers on social media earn for the famous star even more than his team salary.
The star player, who agreed with the Italian team Juventus for 30 million euros annually, is estimated to have over € 50 million in Instagram earnings in a year.

Cristiano Ronaldo, the top scorer of all time, received nearly 20 million likes after the death of another legend Maradona. 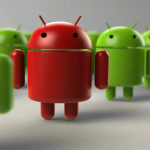 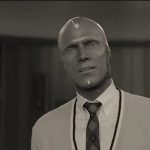