The total wealth of 660 billionaires from the USA, which was around 3 trillion dollars in March 2020, when the Covid-19 pandemic started to be effective, increased to 4.1 trillion dollars as of January.

Washington
In a joint statement by Americans for Tax Fairness and the Institute for Policy Studies (IPS), it was noted that despite the crisis caused by the Covid-19 outbreak, American billionaires increased their wealth.

Reminding that the total wealth of 660 billionaires from the USA was just under $ 3 trillion on March 18, 2020, when the Covid-19 pandemic began to be effective, it was stated that the wealth of these billionaires increased to $ 4.1 trillion as of January 18.

Billionaires’ wealth is almost twice the wealth of low-income Americans
In the statement, it was noted that US billionaires increased their wealth by $ 1.1 trillion in the 10-month period when the Covid-19 pandemic was effective, which corresponds to an increase of about 40 percent.

In the statement, which pointed out that the total wealth of the billionaires is more than 2/3 of the total wealth of 165 million Americans from the lower income group, which is 2.4 trillion dollars, the US President Joe Biden’s Covid- It was stated that some of the assistance included in the $ 1.9 trillion economic support package it offered to combat the 19 pandemic could be met.

In the statement, it was stated that Elon Musk, the owner of Tesla and Space X companies, was the billionaire who increased his wealth the most during this period, and it was noted that Musk has increased his wealth by 628.5 percent since March 2020. Musk’s wealth, which was $ 24.6 billion on March 18, 2020, rose to $ 179.2 billion as of January 18. 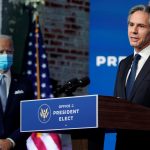 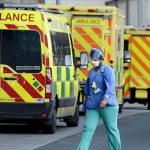