To Tottenham after 6-1 on own court. On the road to Newcastle United, Manchester United won 4-1 from the field.

Manchester United, who was a guest of Newcastle United in its fourth match in the English Premier League, managed to remove 3 from the match in which they drew 1-1 in the 86th minute despite an unlucky match: 1-4. Newcastle United went ahead 1-0 in the 2nd minute. Shelvey sent the ball right into the penalty area. Luke Shaw, which Krafth tried to uncover, brought the ball to his own nets with a reverse shot.

In the 20th minute, Bruno Fernandes met the ball with Mata, making it one-on-two. However, after the video assistant referee VAR review, Mata’s position was found to be offside and the goal was canceled.

When the first half ends 1-1; Manchester United won a penalty in the 57th minute. A minute later, Darlow, the goalkeeper, did not allow the goal in the penalty used by Bruno Fernandes.

Fernandes, who joined the team in January 2020, could not benefit from a penalty kick for the first time in the Red Devils jersey.

This time, Aaron Wan-Bissaka said the name that took off the nets in the 90’s. Wan-Bissaka straightened the ball and then hung it to the ceiling and put his team 3-1 ahead. Marcus Rashford had the last word in the match. The English player declared the score with the scoring goal at 90 + 6, Newcastle United: 1 – Manchester United: 4. 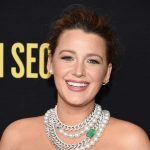 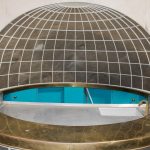