The Lebanese-born financier Joseph Safra, the richest man in Brazil, died. Safra, who had been banking in Brazil for many years, 82 years old. Joseph Safra holds the title of the richest banker in the world with a fortune of $ 23.2 billion, and is 39th on the Forbes list.

Joseph Safra, of Lebanese origin, known as the richest man in Brazil, died at the age of 82. Bafra expanded his fortune by doing many catering businesses in Sao Paulo, New York and Monte Carlo. He expanded his wealth by doing private banking and wealth management.

Safra, a member of Brazil’s leading Jewish community. It stated that he spent some of his wealth by helping synagogues and aid centers.

Safra, who came to Brazil from Lebanon about fifty years ago, ranks 39th on Forbes’ list of the richest with $ 23.2 billion.

Coming from a banking family in Syria, Joseph Safra stands out as the richest banker in the world.

It was stated that Joseph Safra died due to health reasons. 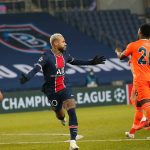 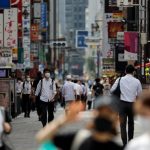