California
Biden won the stronghold of Democrats California. Joe Biden wrote down all 55 delegates here in his household.

Colorado
Again, Democrats won, as it was the last three elections in Colorado. The state has 9 delegates.

Delaware
In Delaware, Joe Biden won the election and 3 delegates.

Florida
US President Donald Trump took Florida, one of the swing states with the most delegates with 29 delegates.

Georgia
Donald Trump appeared from the ballot box in Georgia, where the election was contentious. The President of the USA wrote 16 delegates to his household.

Hawaii
In Hawaii, outside of the US mainland, the ballot box results have not yet been announced, but the state is a stronghold of the Democrats with 4 delegates.

Idaho
In Idaho, where the Republican Party won, 4 delegates went to Trump.

Kentucky
Kentucky and 8 delegates were on Trump’s household.

Maine
The 4 delegates of Maine went to the Democrats.

Maryland
Maryland’s winner was Joe Biden, with a total of 10 delegates.

Michigan
In Michigan, one of the two states that will affect the fate of the election, US President Trump appears to be ahead. The state has 16 delegates.

Nebraska
Delegate number 5, winner 1 Biden, 4 Trump. Nebraska is one of the rare states where the election is organized in pieces.

Pennsylvania
Donald Trump with 20 delegates in the lead. The province’s results have not been fully disclosed yet. 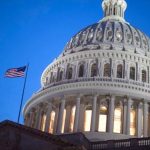 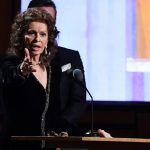