Twitter announced that it has labeled 300K tweets linked to the US presidential election as “potentially misleading”.

In the statement made by the company, it stated that the labeling made between October 27 and November 11. It reported that 300K tweets made up 0.2 percent of the posts regarding the presidential election on 3 November.

Vijaya Gadde, head of Twitter’s legal policy, trust and security unit, said 456 of these tweets. She said that “users cannot like, retwit, or respond to these posts” hidden with a warning sign.

The social media platform added a warning tag to almost half of US President Donald Trump’s tweets after the presidential election. This labeling of Trump’s posts cited as justification for claiming that he won the election without providing evidence and that the elections were fraudulent.

While the debate on the results of the presidential election held in the USA on November 3 continues. According to unofficial results. Biden, who won the elections by reaching 279 delegates, is expected to take office on 20 January 2021. 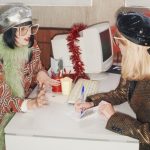 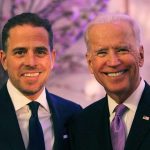