The budget deficit of the US federal government is affected by the new type of coronavirus (Covid-19) outbreak in fiscal year 2020. Reached a record level of $ 3.1 trillion in total.

The US Treasury Department has released budget balance data for September and fiscal year 2020. Accordingly, in the last month of the fiscal year 2020, which started on October 1, 2019 and ended on September 30, 2020, the federal government’s budget deficit was $ 125 billion.

The federal government had a budget surplus of $ 83 billion last year.

In the same month, the government’s revenues were $ 373 billion without a significant change compared to the same month last year, while spending increased by 71 percent to $ 498 billion.

The total budget deficit in the country as of September, the last month of the 2020 fiscal year, was calculated as 3.1 trillion dollars.

Before the Covid-19 outbreak started to take effect in the USA, the budget deficit was estimated to reach $ 1 trillion in fiscal 2020. The federal government’s budget deficit was recorded as 1.4 trillion dollars in 2009, when the financial crisis was experienced.

The country’s spending in the overall fiscal year 2020 increased by 47 percent to $ 6.5 trillion, while its revenues fell 1 percent to $ 3.4 trillion.

The crisis created by the Covid-19 outbreak was instrumental in the government’s budget deficit reaching a record level in fiscal 2020. During this period, the spending of the federal government increased with the support packages implemented as part of the fight against the epidemic, while its revenues decreased due to the disruption of economic activity. 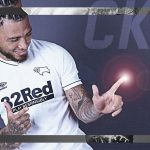 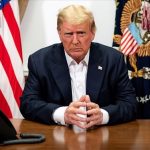