The first transfer period in football was active again. Although Lionel Messi stayed at Barcelona, many giants of Europe added super stars to their squad. The record for this period belongs to Chelsea, who spent 80 million euros on a transfer.

The transfer period of Lionel Messi, which has turned into a snake story, has ended with discussions about “going or staying”.

Although the Catalan team retained their superstar, they parted ways with their striker, Luis Suarez.

Although he met with Uruguayan striker Juventus for a long time, he stayed in Spain and signed a contract with Atletico Madrid.

The last day of the transfer was marked by another Uruguayan player, Edinson Cavani.

The red devils recruited Donny van de Beek, Alex Telles and Facundo Pellistri as well as Cavani during this period.

Chelsea made the most expensive transfer of the summer of 2020.

The French team paid 50 million euros for the Argentine footballer.

Another European country where expensive transfers took place was Italy. 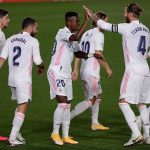 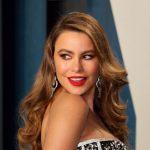