Many people were injured in the attack of the Guatemalan army with tear gas and batons against immigrants.

There was a clash between the Guatemalan army with more than 9 thousand immigrants who wanted to reach Mexico and then the USA from the Central American country of Honduras.

According to regional media reports, thousands of immigrants departing from the city of San Pedro Sula in Honduras on January 13 were stopped by Guatemalan army forces in the town of Vado Ancho in Chiquimula, Guatemala.

The Guatemalan army intervened with tear gas and batons to migrants trying to cross the checkpoint, injuring many people.

While the immigrants affected by the intense gas have to withdraw, the tension in the region continues at intervals.

The National Immigration Institute (INM) announced that the number of immigrants entering Guatemala exceeded 9 thousand and many people were injured in the incidents.

On the other hand, Mexico announced that it would not allow “illegal crossing” of immigrants and decided to increase security measures in the border area.

Thousands of people trying to reach the USA to build a better life due to problems such as violence, unemployment and poverty in their countries set out from Honduras after the newly elected President of the USA, Joe Biden, announced that he would change their current immigration policies.

The government of Guatemala announced on January 15 that it would not allow thousands of immigrants approaching the border to cross the border without showing their Covid-19 negative tests.

For many years, large numbers of immigrants departing from Central American countries have been trying to reach the USA via Guatemala and Mexico.

According to the “Stay in Mexico” agreement reached between the US and Mexican governments on June 8, 2019, third country citizens who want to immigrate to the USA through this country are held in the border city of Tijuana until the application process is finalized. 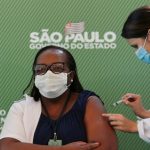 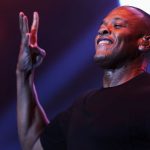