People who do not want to pay extra baggage fee during boarding at an airport in the Yunnan region in southwestern China found an interesting solution to the situation. Four people ate the oranges while getting on the plane to avoid paying the requested fee of approximately 340 TL for 30 kg of oranges. Wang said, “I don’t want to eat oranges again.”

In the incident at the airport in Kunming, the capital of Yunnan, four people bought 30 kilograms of oranges during their business trip to the city.

When people want to board the plane with oranges during baggage delivery at the airport. The airline officials said that they have to pay additional fees because they exceed the determined baggage weight.

Wang and his friends stated that they found the additional fee too much and said they did not want to pay. Later, the group made an interesting decision to resolve the situation.

Four people ate all 30 kilograms of oranges they brought with them at the airport at once. “We sat there and ate whatever was there,” said Wang, adding that it “took 20-30 minutes” for them to finish the oranges.

However, Wang and his friends, who were engaged in perseverance and swept the oranges in a short time, had an ulcer in their mouth. “We never want to eat oranges again,” said Wang. 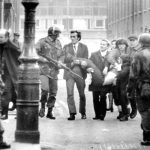 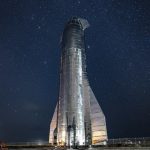