The Bitcoin price, which rose to the $ 42,000 limit over the weekend, has been facing a sharp profit realization for the last 48 hours. With the sales that started after the 41 thousand 962 dollars level, the Bitcoin price decreased to the level of 33 thousand 500 dollars.

Bitcoin, the highest volume unit of the cryptocurrency markets, whose climb gained momentum in the first days of the new year and climbed to a new peak of $ 41,946.74, fell sharply to $ 33,000 with the effect of the increase in US bonds.

A step taken by British banks, mainly HSBC, as well as profit realizations, was effective in the sharp fall in the Bitcoin price.

While the value of only 7 units increased from the highest volume 100 units in the last 24 hours in the crypto money markets, no one among the top 10 units rose.

The total volume in the crypto money markets decreased by about $ 160 billion, again to $ 1 trillion, down to $ 946.97 billion. The 24-hour trading volume in the markets increased by approximately $ 42 billion to $ 195 billion.

Bitcoin comprised 68.7 percent of the total market volume in 34,037 markets, where a total of 8,222 cryptocurrencies were traded. 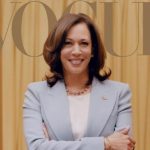 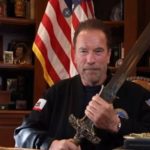