“I remember seeing a PETA ad and life as I knew it turned upside down. It was a video showing millions of pigs being buried alive. You could hear them scream in terror.”

For Canadian model Vikki Lenola, this was the moment that ignited her devotion to animal rights activism. Over the last five years, Lenola has joined a long tradition of celebrities from Pamela Anderson to Eva Mendes in calling out how animals are used and abused for the fashion industry.

While she spends most of her time modelling for NASCAR and Playboy or walking at New York Fashion Week, Lenola also takes part in protests. At one particular demonstration, she recalls leading a PETA campaign against the use of coyote fur by Canada Goose – wearing nothing but body paint in freezing North American weather. What started as a dedication to animal rights, has grown to encompass her concern about the effects of climate change on both animals and people. Earlier this year, Lenola was a keynote speaker for the Climate Save Movement at a fundraiser for the recent Australian Bushfires.

One of the most effective ways Lenola has found to spread her message is through social media. She uses her platform for good, sharing her views with nearly 500,000 followers across Facebook and Instagram.

We spoke to the model about the challenges she faces when engaging her followers in conversations about factory farming, climate change and the realities of going vegan.

Word. “If we keep producing food the way we do, you’re going to get sick with something medicine cannot fix.” -Bill Maher

“I think I learned and combined everything as I went. It definitely wasn’t planned. I was late to get social media compared to peers my age,” she explains. “One thing that’s for sure, if I wanted to just be popular, I would not bring up my cause or activism at all. If I only posted cute photos of myself my pages would grow faster.”

She admits that she might not be the biggest star in either the vegan or modelling sphere, but believes the combination of her interests introduces more unlikely audiences to the issues she is passionate about. “The really cool thing to me is that I reach people who would otherwise never hear about animal rights and how it’s connected to our health and the environment.”

Becoming involved in online activism inspired her to study Environment, Resources and Sustainability at the University of Waterloo, Canada. It wasn’t something she saw in her future before she started campaigning, Lenola reveals. “University seemed out of my realm of possibilities. But after seeing what animals go through, I was motivated. I specifically went so I could learn and do more.”

I reach people who would otherwise never hear about animal rights and how it’s connected to our health and the environment.

The model has previously said that she considers her education as her biggest achievement and it has definitely helped her to feel more informed in discussions online. “I am so thankful for my education because it has really empowered me and opened my eyes to world issues and social change. That, along with social media, has allowed me to quickly keep on top of issues important to me and connect with like-minded people.”

Being a prominent figure on social media comes with its downsides, however. She receives a lot of direct messages (DMs) about posts and they aren’t always particularly pleasant.

Sometimes, though, people tell her what she is doing has changed their mind.

“One guy told me he always thought of people protesting on the street as just crazy people until he saw my activism,” she says. “That was a couple of years ago and now I see him speaking up for the same issues on his social media too.”

You’ve got to strike a balance, though, says Lenola. Making sure that the number of posts associated with her activism isn’t overwhelming helps to keep otherwise unlikely audiences paying attention. “I like that I reach people who otherwise would shut down if every single post was serious.”

“I want to improve even more now by showing more solutions. For example, not only mentioning how animal agriculture is destroying the planet but showing how convenient it is to get a delicious plant-based meal these days.”

“IT HAPPENS WHETHER YOU’RE IN A BIKINI OR FULLY COVERED”

Different people follow Lenola across different social media platforms. Where her Facebook audience is generally older and mostly men, Instagram tends to be younger and female. These differences often mean the responses she encounters depend on who is following her and where.

“I find the older crowds are less open to new ideas or ways of doing things differently than they’re used to. Also, it seems more women are open to empathy than men in general,” she says. “I’ve spoken to other activists that have experienced this too.”

They might say ‘oh you’re just a model, you don’t know anything about wildlife management’.

Is it challenging to come up against these kinds of audiences? Sometimes, Lenola says, but it doesn’t discourage her.

“On Facebook, it is occasionally a challenge because I will see people try to make up any excuse not to accept new information.” She has to work harder there to push past people who criticise her for embracing her sexuality and use it as an excuse to discount her message. “For example, they might say ‘oh you’re just a model, you don’t know anything about wildlife management’.”

A quick scroll through her page shows that among her recent shares are articles about the potential environmental causes of COVID-19 and the effect of climate change on increasing numbers of wildfires. Perhaps unsurprisingly, these are also the posts which receive the most negative comments.

“I’ll explain my educational background in it. Then they might reply something like ‘oh well you’re full of yourself’ or “well university doesn’t teach you anything,’ anything so they can convince themselves they shouldn’t listen to me.”

“But it happens whether you’re in a bikini or fully covered.”

Even though she has a degree in environmental science, the challenge of being taken seriously is not something she only experiences on social media. “When I was presenting at the Women in Science Symposium, I experienced misogyny there too. A couple of young men only made comments about how I looked instead of thinking about the message.”

Climate change speech for @climatesavemovement. At a fundraiser for people and animals suffering from the Australian bushfires. ⠀ Found on Bullet News. Link in bio. 📷 @richerdrphoto https://www.google.ca/amp/s/www.bulletnews.net/vikki-lenola-gives-climate-speech-at-fundraiser-for-australia-bushfires/ ⠀

Ultimately, though, she finds the work really rewarding.

“You can’t reach hundreds of thousands of people and not get a few bad comments here and there. It’s important to have an open dialogue, be knowledgeable about your cause, understand opposing views and know your defence to those views. Basically, just be prepared.

When campaigning I try my best to remember what it’s like to not know what I know now and try to remember the many different cognitive biases humans have.”

At the intersection of Lenola’s interests is sustainable fashion. She has recently launched a non-profit, called Vegan Fashion Canada, which will highlight vegan brands in a yearly fashion show. She wants to let people know about the innovations in vegan fashion as more and more alternative materials become available.

“Animal rights activists around the world generally hear the same refutes again and again,” she says. “One of those things is people pointing to our shoes and saying ‘well aren’t you wearing leather shoes?’” It’s a question, Lenola believes, often born out of ignorance to the fact that leather isn’t the only option.

“I realised that while I am very aware of the many alternatives available these days, some people haven’t a clue that vegan leather exists.”

@pinatex is an innovative natural textile made from pineapple leaf fibre 🍍. The leaves are a byproduct of existing agriculture, and their use creates an additional income stream for farming communities. ⠀ See samples of Piñatex at our booth on March 12th for @envigorate.uw! ⠀ ⠀ 📷&source @pinatex

“The idea is to show that we can have fashion that’s good for both the planet and animals alike. All proceeds benefit Animal Justice, the organisation leading the legal fight for animals in Canada.”

Even if you aren’t already a vegan, the event is open to anyone interested in fashion, social change or simply looking for a fun night out.

“With the pandemic, there is a delay in securing a date for the first show which is next year tentatively,” Lenola adds. “It depends on regulations and when it is safe.”

On Vegan Fashion Canada’s website, you will find each designer, what they have on offer, alongside the steps they have taken to be both sustainable and responsible in the manufacture of their clothes. Lenola is leading the charge on veganism entering the mainstream, as green alternatives become the new norm in the industry. 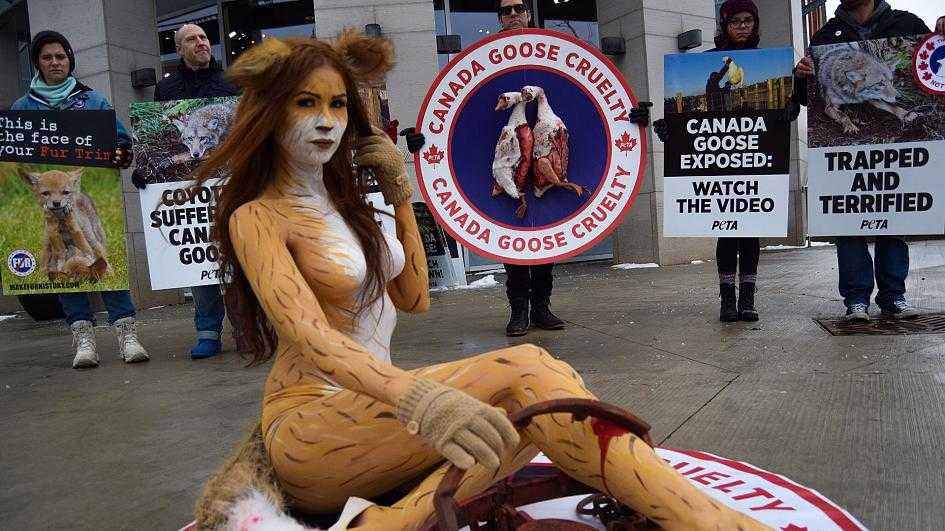 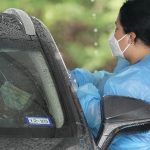 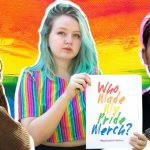