In the UK, it has been announced that the national terrorist threat level has been raised from “important” to “serious.”

According to the statement on the website of the Joint Terrorism Analysis Center (JTAC), after the attacks in Vienna, the level of terrorist threat in the country was changed. Accordingly, the terror threat level was raised to “serious”.

There are five threat levels in the UK: “critical”, “serious”, “important”, “medium” and “low”. The second level, “serious”, means that terrorist attack is “a very strong possibility”.

The threat level is determined by the Joint Terrorism Analysis Center (JTAC). JTAC, which operates within the British intelligence agency MI5, consists of counter-terrorism experts working in the police, government and some security institutions.

The biggest attack in the UK in recent years came to the fore in the city of Manchester on May 22 2017, 23 people were killed and 59 injured in a bomb attack targeting a concert hall. 2017 Manchester Arena attack. There were knife attacks also in the capital city of London.

Four people lost their lives and 14 were injured in the terrorist attack in Vienna, the capital of Austria, last night. 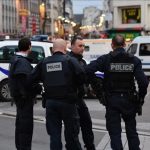 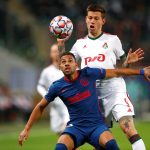