In Amsterdam, shops closed their windows with wooden plates and concrete blocks against the looting of the demonstrators protesting the curfew.

While entering the sixth day of the curfew in the Netherlands under the new type of coronavirus (Covid-19) measures, many luxury stores in Amsterdam took precautions with concrete blocks and wooden plates against the risk of looting.

The inability of the police to prevent looting and violence despite strict security measures created similar scenes in the USA in the country. While demonstrators looted the shops where they smashed windows, they warned the operators who wanted to protect the police shop for violating the curfew.

How did the events begin?

In the Netherlands, the government announced a series of measures, including a curfew and flight ban, on January 20, due to the fact that the number of cases did not decrease sufficiently in the Covid-19 outbreak despite the measures taken.

The curfew, which will last until February 9 across the country, started to be applied between 21.00-04.30 as of the evening of January 23.

Hundreds of demonstrators protesting the restrictions gathered at the Museum Square in Amsterdam and the 18 September Square in Eindhoven during the first hours of the ban. Protests, also supported by far-right parties, spread throughout the country. In the first four days of the protests, in which violent clashes took place, the demonstrators were intervened with mounted and armored police, police dogs, tear gas and pressurized water. The demonstrators responded with stones, fireworks and golf balls. The demonstrators, who set fire to the vehicles and motorcycles in the vicinity, broke the windows of many shops and looted them.

On the fifth day of the restriction, although the events subsided, 51 more people were detained across the country, mostly for promoting protests and violence on social media. 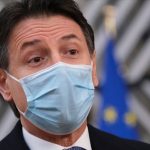 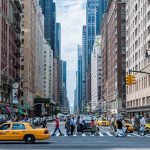