With the confidentiality agreement dictated to its users, WhatsApp received reactions from many users, and many people started to use alternative applications. Signal, which was one of the most downloaded applications last week, was in danger of crashing when it got a record level of users. On Friday, users reported problems sending and receiving messages.

On Friday, some users reported that the messaging app Signal. Which has been on the agenda recently, is not working.

Users who had problems with the application submitted more than two thousand reports. According to the news of Business Insider, there were problems in sending and receiving messages.

Commenting on the situation on his Twitter account, Signal said, “We are working to bring the service back as soon as possible.” The company later said, “Since we have millions of new users telling us how important privacy is, we added new servers and extra capacity to our app at a record speed, but the number exceeded even our most optimistic estimates.”

Problems with the app came after Signal has seen record increases in users in recent weeks.

On January 7, WhatsApp announced that it would share users’ personal data, such as phone numbers and locations, with its parent company Facebook on February 8. Following this announcement, some users started flocking to alternative messaging apps like Signal and Telegram. Tesla CEO Elon Musk also suggested “Use Signal”.

Signal reached 7.5 million downloads last week. Signal on Wednesday was at the top of both Google and Apple’s app stores. A large number of users have also moved to Telegram, with the platform gaining 9 million new users last week.

Signal is experiencing technical difficulties. We are working hard to restore service as quickly as possible. 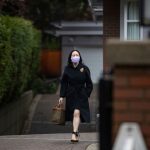 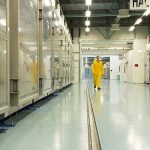