In the new type of coronavirus (Covid-19) vaccine campaign launched in India, 447 people experienced side effects.

The Ministry of Health of India announced that 224,301 people were vaccinated with Covid-19 within the framework of the vaccine campaign that started in the country. In this context, 447 people were found to have side effects, and 3 of these people were hospitalized.

Two of the 3 patients were discharged after 24 hours of observation, the other patient’s treatment continues. In India, the government has been criticized for the inclusion of Covaxin in the vaccine campaign without the effectiveness of the vaccines in the third phase clinical trial.

Speaking to the reporter about the aforementioned side effects, Global Health and Bioethics Researcher Anant Bhan underlined that the data on the effectiveness of the Covaxin vaccine developed by Bharat Biotech by the authorities in India are not expected. “They (the authorities) could have waited for data on its effectiveness before including the vaccine in the fight against the pandemic,” Bhan said. used the expression.

Stating that the way the vaccines are approved is also not reliable, Bhan noted that the public is still waiting for the details of the Covaxin vaccine to be shared, and that this situation makes the vaccines a part of the trials.

The Covid-19 vaccine campaign was launched in the country yesterday with a ceremony attended by Prime Minister Narendra Modi. In India, it was announced that “AstraZeneca” vaccine developed by Oxford University and produced in the country, and “Covaxin” vaccines developed jointly by Bharat Biotech company and Indian Medical Research Council will be used, and the vaccines were approved for limited emergency use. 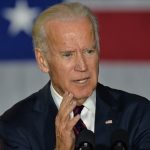 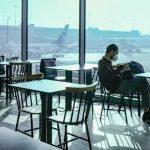