The world-famous music magazine Rolling Stone offers thought leaders the chance to publish their articles on its website, who pay 2 thousand dollars.

Rolling Stone announced that they had the opportunity to join “the community created and invited only for innovators, influencers and pleasure creators” by e-mail to those who want to become a member of the community called the Culture Council.

According to The Guardian’s report, it was stated that those who successfully passed the examination process and paid $ 500 in cash and $ 1500 annually will have the chance to publish their content on Rolling Stone’s website.

It has been suggested that this will allow members to position themselves as thought leaders and share their expertise. According to the report of Independent Turkish; On the website where the application was made, those who wanted to become a member stated: “Being broadcast in one of the most well-known media organizations in the entertainment world makes you different from others as a visionary, leader and brave voice in your industry.”

It was stated that a special editorial team is ready to guide those who have questions about their articles.

However, publication of articles is not guaranteed. Because Rolling Stone’s partner named Community Company is reviewing the submitted articles. 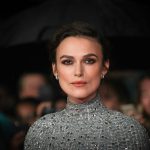 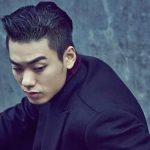