In the Netherlands, protests were held in the cities of Amsterdam and Eindhoven against the measures applied to combat the new type of coronavirus (Covid-19) and curfews.

Amsterdam
According to the news in the local media, hundreds of people gathered in the Museum Square in Amsterdam to protest the Covid-19 measures were not allowed to demonstrate.

More than 30 people detained in Eindhoven
Mounted and armored policemen, police dogs and tear gas intervened the demonstrators gathered in the 18 September Square in the city of Eindhoven.

The demonstrators responded to the police with fireworks and golf balls.

It was stated that more than 30 people were detained in the action, where some demonstrators were injured.

In the city where the train services were stopped for a while due to the demonstrators walking on the rails, some shops at the stations were also looted.

In Amsterdam, it was announced that 150 people were detained in the Covid-19 protest on January 17.

Within the scope of the measures to combat the Covid-19 pandemic, curfews were introduced across the country yesterday between 21.00-04.30. 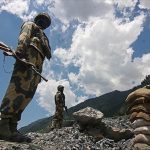 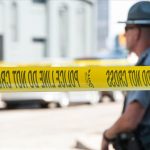