Explaining that she quit social media, Pamela Anderson said, “Platforms are used for mind control.” Pamela Anderson, the star of the TV series Baywatch (Coast Guard), which aired on NBC for 11 seasons between 1989 and 2001, said on Tuesday that she was reading her inspiration and found it in nature; She said she would not post anything on Instagram, Facebook or Twitter from now on.

53-year-old actress “I have never been interested in social media and now I’m used to my life, where I am really inspired by reading books and being in nature, I am free. Thanks for your love. I wish you all the best. I hope you find the strength and inspiration to pursue your goal and try not to be seduced by wasted time.

“This is what they want and can use to make money. Control your mind,” said Anderson. 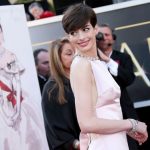