Director Quentin Tarantino said that he would write Once Upon a Time … in Hollywood as a book. Quentin Tarantino is the director of memorable films like Pulp Fiction and Reservoir Dogs. His movie, Once Upon a Time … in Hollywood, which was nominated in 10 categories at the 2020 Oscar Awards. Announced that he would write his book.

About the Tarantino book project “The first adult books I grew up reading in the 1970s were movie novels. And to this day I have had a great affection for this species. That’s why, as a movie novel enthusiast, I am proud to announce my contribution to the criticized subgenre, Once Upon a Time…  in Hollywood.

“I am excited to further explore my characters and their world in a literary effort that can (hopefully) sit alongside their cinematic counterpart.”

Once Upon a Time … In Hollywood, a male TV actor who played in a hit TV series is trying to enter the movie industry. Rick Dalton (Leonardo Dicaprio) is a television movie actor. Dalton’s has a successful western series. However, Rick wants to distance himself from television and enter the film industry. Cliff Booth (Brad Pitt), his stunt double, agrees with him. However, with the advancing age of the couple, their chances in Hollywood are decreasing. Sharon Tate (Margot Robbie), one of Hollywood’s new favorites, is Rick’s neighbor.But the sparkling and reckless flow of Hollywood will be interrupted by the murder of Tate and her four friends by the Charles Manson cult. 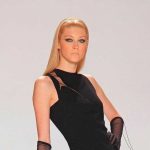 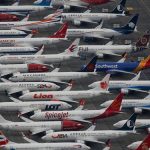