The new Spokesperson of the White House, Jen Psaki, stated that the United States will play an active role in foreign policy, “The US is returning to the global table.” said.

Reminding that Biden has turned down many policies of the Trump era by signing 15 decrees today, Psaki described the travel restriction imposed on some Muslim countries during the old administration period as “xenophobic”.

Stating that the US has also returned to the World Health Organization with new decrees, Psaki said, “Doctor Anthony Fauci will lead the US delegation in the program to be organized online by WHO tomorrow.” used the expression.

Psaki emphasized that it will establish good relations with the press and be transparent, “The best way to stop disinformation is by sharing information.” found the assessment.

“The US is returning to the global table”

On the question of who will Biden meet with foreign leaders, Psaki said, “Biden will hold the first foreign leader meeting with Canadian Prime Minister Justin Trudeau on Friday.” used the expression.

Stating that the US will play an active role in foreign policy, Psaki said, “The US is returning to the global table.” said.

Psaki pointed out that Biden will play an active role in the Covid-19 incentive package, “The priority of Biden when he wakes up every morning and sleeps every night is to control the Covid-19 pandemic.” spoke.

Regarding the ongoing dismissal investigation against Donald Trump in the Senate, Psaki stated that they left this situation to the Senate. “We leave this situation to Congress,” Psaki said, after the Congressional crackdown on January 6, when asked whether Biden would hold Trump accountable. made his comment. 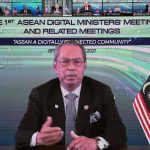 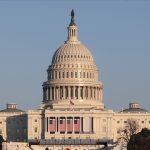