Previous Next
The Queen and Prince Philip photographed at Windsor Castle CREDIT: PA

The Duke of Edinburgh is celebrating his 99th birthday in isolation at Windsor Castle today, as the Buckingham Palace releases a new official portrait with the Queen.

The Duke, who has been with the Queen under strict lockdown conditions since March, is marking his birthday in his customary low-key fashion, expected to receive video calls from his children, grandchildren and great-grandchildren.

An official photograph to mark the occasion, taken last Monday at Windsor Castle, shows the Duke standing tall as ever, wearing his Household Division tie, shirt and blazer with smartly polished buttons.

The Queen, standing beside him, wears the heart-shaped diamond Cullinan V brooch, one of her regular favourites, and a dress by Angela Kelly adorned with bright summer flowers.

The couple, who have been married for 72 years, posed in the quadrangle in sunshine for the formal photograph to mark the Duke’s milestone.

It is the first public image of the duke since he was seen leaving a private hospital on Christmas Eve, following a four-night admission for treatment relating to a pre-existing condition.

Although he has been retired for several years, he has remained active and in April issued a written message thanking all those helping to tackle the Covid-19 pandemic and keep essential services running.

The Queen and Duke have been living at Windsor for the duration of lockdown, assisted by a small number of staff who work on a three-week rotation to protect them.

Joe Little, managing editor of Majesty magazine, described the time shielding together at Windsor Castle as “the perfect royal cocooning”, adding of today’s celebrations: “They will make a fuss of him as much as you can make a fuss of the Duke of Edinburgh.”

The Queen and Duke are expected to enjoy a birthday lunch together, and take calls from their wider family who are scattered across the country and in Los Angeles.

The Duke and Duchess of Cambridge have previously spoken about the Royal Family’s new habit of using video technology to contact one another in lockdown, while the Prince of Wales recently suggested he missed hugging.

The image follows the recent release of a photograph showing the Queen out riding in the grounds of Windsor Castle.

The duke is the longest serving consort in British history and also the oldest serving partner of a reigning monarch. 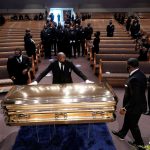 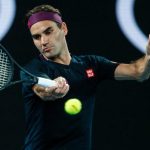