Cillian Murphy and Tom Hardy’s names gain weight for new James Bond. Famous Hollywood star Daniel Craig releases James Bond after No Time To Die. Discussions about who will take the iconic role have been alive for a while.

It has been stated that Tom Hardy, who has appeared in films such as Mad Max: Fury Road and Venom, is a strong candidate to become the new James Bond. Henry Cavill, who attracted attention with productions such as Enola Holmes and Witcher, in addition to Tom Hardy, also said that he wanted to be in the role of Bond. Although the name of Cillian Murphy, who reached a huge fan base with the Peaky Blinders series, is among these allegations, a source speaking to Express stated that it is unlikely that Murphy will come to the screen as Bond.

Although it is thought that the popular Peaky Blinders series will continue for a few more seasons, Murphy’s chances are not low in terms of being Bond.

British bookies do not see Murphy’s chances high. Fans of the actor also think that the outcome could turn out to be the opposite.

Murphy was shown as the tuxedo by Ian Fleming, the creator of the Bond character, as the nephew. The famous actor said in an interview he gave last year that he was proud of the mention of his name, but he was not sure about it. He thinks that Game of Thrones star Richard Madden could also be selected for the role of Bond with Tom Hardy as the strongest candidate. 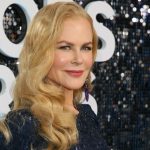 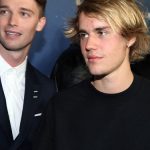