In the FA Cup, Chelsea and Manchester City advanced to the 4th round. In the surprise match of the day, Crawley Town beat Leeds United 3-0, eliminating their opponent from the tournament.

Manchester City, after beating Morecambe 4-0 in the FA Cup, against Chelsea and Birmingham 3-0, made it to the 4th round.

The Federation Cup continued with the 3rd round matches. Premier League team Chelsea, which has succeeded in winning the cup 8 times, hosted the 4th League (League Two) team Morecambe, Mason Mount in the 18th minute, Timo Werner in the 44th minute, Callum Hudson-Odoi in the 49th minute and Kai Havertz in the 85th minute. Won the tour 4-0 with his goals.

Another Premier League team, Manchester City, who had taken the trophy to its museum 6 times before, hosted Championship team Birmingham against Bernardo Silva in the 8th and 15th minutes and Phil Foden scored 3-0 in the 33rd minute and reached the 4th round.

The surprise of the day in the cup was 4th League team Crawley Town, who eliminated Premire League team Leeds United. Crawley Town won the match he played at home with goals scored by Nicholas Tsaroulla in the 50th minute, Ashley Nadesan in the 53rd minute and Jordan Tunnicliffe in the 70th minute and made name in the next round. 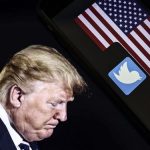 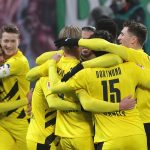