Famous fashion magazine Vogue brought the US elected Vice President Kamala Harris to its cover. However, Harris’ skin color, who was also the country’s first black female vice president. Was played with the lighting during the shoot. While the photos in question drew reactions, accusations of racism against the magazine and the fashion industry were reignited.

Fashion magazine Vogue brought US elected Vice President Kamala Harris to its February cover. However, the photos shared from the magazine’s social media account yesterday caused a great reaction from the users.

But Harris, who was also the country’s first black vice president, looked rather white due to the lighting used in the shoot. One of the users who commented on photos, “Kamala Harris is reflected in fair complexion like all the other women that women of color come in and ruin Vogue’s light” Some users criticized Vogue’s editor in chief, Anna Wintour.

In a statement to the New York Post, Vogue denied that Harris’ skin was lightened during the shoot. But the statement was not accepted by social media users and journalists.

New York Times columnist Wajahat Ali said, “It shouldn’t be that hard. I think Anna Wintour has no black friends or colleagues. I will shoot VP Kamala Harris using my phone for free, and I’m 100 percent sure that this Vogue cover will work better. ”

Harris, whose two photographs have been published. Is seen in one of the photographs in front of a pink fabric. In the other against a yellow background.

All of the photos were taken by Tyler Mitchell. Who became famous by photographing singer Beyoncé for Vogue in 2018.

According to the New York Post, the politician’s team decided on Harris’ outfit, hair, and makeup. 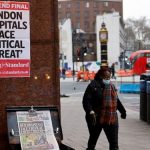 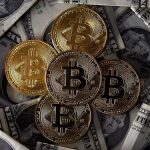