Journalist Craig Unger wrote in his book that the Russian secret service KGB saved former US President Donald Trump from bankruptcy many times while he was a real estate agent. According to Unger, the KGB turned Trump into a Russian entity that gave Putin what Putin wanted during his presidency.

US journalist Craig Unger’s American Compromat: How the KGB Raised Donald Trump His book was released. The book contained striking claims about Russia’s deep relationship with former US President Donald Trump, who passed away on January 20. According to Milliyet’s compilation; In his book, where Unger based his interviews with Russians defecting from the Soviet Union, former CIA officers and agents working against the FBI, the real question to ask was Trump a Russian presence? He states that.

According to the book, Trump’s relationship with Russia began in 1976, when he decided to invest in new hotels and property in the Manhattan area of New York. Trump connected with the Russians by purchasing hundreds of televisions from his new hotel in Manhattan from the store named Joy-Lud Electronics of Sam Kislin, a Ukrainian Jew who migrated from Odessa to Manhattan, Ukraine.

The Russians, including agents, who lived in the USA and decided to return to the Soviets, were visiting the Joy-Lud Electronics store to bring electronic devices to their country. Boss Sam Kislin also ran a famous fresh produce store in Odessa, Ukraine. Yuri Shvets, a former KGB officer, told journalist Craig Unger that a Jewish man who was running a fresh produce store at the time was very likely to have been hired by the KGB. It is still a mystery why Trump preferred dual-system television for his hotel to receive broadcasts from the Soviet Union, while the KGB is estimated to have made talks through Kislin.

After this deal, Kislin remained politically close to the real estate mogul Trump in the US, and the KGB followed Trump. It has been alleged that Trump, through the KGB, also escaped bankruptcy by selling millions of dollars worth of housing to the Russian mafia, who bought property from anonymous shell companies.

The first wife Ivana Trump, whom Trump married in 1977, was born and raised in the city of Zlin, where the secret service StB collaborated with the KGB in Czechoslovakia at the time. Ivana’s father also informed the KGB about Trump.

Unger also commented that by 1987, a KGB official invited Trump to build a hotel in Moscow: “With this invitation, the ground has been prepared for Trump’s relationship with the KGB and Russia’s influence on US democracy in the future.” Unger writes that when Trump became President of the United States, it was time to pay and gave Russian President Vladimir Putin everything he wanted. The journalist also points out that Trump admitted that Russia intervened in the 2016 elections, in which he won the presidency.

US billionaire financier Jeffrey Epstein was found dead in prison while on trial for establishing a sex network in which underage girls were abused in 2019. In the book, it was claimed that Donald Trump’s friendship with Jeffrey Epstein also strengthened his relationship with Russia.

Epstein was allegedly working with Russian billionaire oligarchs to recruit underage girls. Epstein, who claimed to have introduced Trump at his party with his wife Melania, also kept the former president’s inappropriate videos and photos for blackmail. “Jeffrey and his accomplice Ghislaine Maxwell knew Trump’s secrets,” Craig Unger said in his book. Trump also knew theirs. Secrets were the ultimate currency in the crumbling and highly transactional world in which they lived. 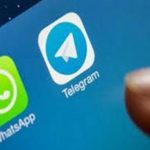 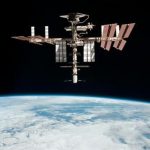