British Prime Minister Boris Johnson, after the emergence of a type of new type of coronavirus. (Covid-19) that spreads 70 percent faster in the country. He announced that it decided to tighten restrictions in and around London and to ban families from gathering at Christmas. Wanted the people to stay at home.

Johnson said that a new strain of Covid-19 seen in the UK could spread faster and lead to an increase in cases. Met with cabinet members to discuss the urgent measures to be taken after its verification.

Making a statement after the cabinet meeting. Johnson note that the virus spread in London and its surroundings despite the measures taken. Prime Minister Johnson stated that this was determined to be caused by a new species and that the new species was more deadly. It spread 70 percent faster than the other species, although no information available.

There is also no data that vaccines may be less effective against this strain. Johnson said that research on this issue has been forwarded to the World Health Organization.

Johnson said that they had to take some precautions due to the new type, with the capital London, where the widest restrictions were imposed so far. He announced that the east and southeast of England will be taken to the 4th stage, where measures are further tightened.

Noting that the new measures will be effective from tomorrow, Johnson said in these places where restaurants and bars are currently closed. He stated that all stores, gyms and hairdressers where basic products are not sold will also be closed, and the people will be asked to stay at home except for exceptional cases.

Johnson stated that they will not implement the decision to relax the measures for 5 days on Christmas, which was taken earlier. 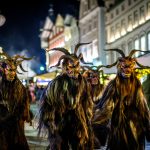 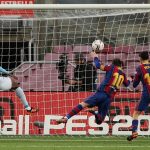