Trump was suspended from the platform for seven days for inciting violence and was then permanently blocked by Twitter.

After Biden and his team took over the account, it turned out that POTUS only followed 12 accounts. This could change in a short time, but there are currently only 12 followers out there.

Chrissy Teigen is the only celebrity Joe Biden follows on Twitter. It is not yet known why Biden only pursued Teigen.

American model, television presenter and screenwriter Teigen expressed her reaction, saying “Oh my God”, by sharing the tweet of journalist Gabe Fleisher about this situation.

Teigen, 35, debuted as a model in the annual Sports Illustrated Swimsuit Issue in 2010, and later appeared on the 50th anniversary cover in 2014 with Nina Agdal and Lily Aldridge.

Afterwards, Teigen, who was the cover of many magazines and TV presenter and screenwriter, also came to the fore with her criticism of Trump and her support for the Democratic Party.

Married to singer John Legend, Teigen donated $ 72,000 to the American Civil Liberties Union in June 2018 to mark Trump’s 72nd birthday. Teigen donated to Planned Parenthood in 2015 and 2018. She donated a $ 200,000 bail fee for the release of the activists arrested at the George Floyd protests in 2020. 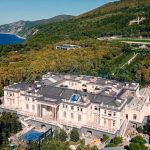 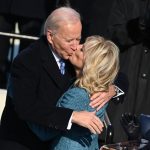