Wonder Woman 1984 movie, which met with a limited number of audiences in the USA. During the pandemic period and was also released on a digital platform. The movie took the record for the highest opening gross from Tenet.

Even though theaters are far from their old glorious days due to the pandemic, new films continue to meet with their audience. The Wonder Woman 1984 movie, which was screened in the US at the same time on both the theater and HBO Max.

Earned the highest weekend revenue ever achieved in the pandemic. The sequel, starring Gal Gadot, grossed between $ 10-15 million in its opening week.

The film, which met with the audience on Friday, will be broadcast on HBO Max in the US for a month at no additional cost to subscribers as well as theaters.

Tenet had the best opening three days in the pandemic. The movie caught the $ 9.3 million opening box office.

Wonder Woman 1984 began to be shown in 2,150 theaters in the USA. Theater screenings are held in accordance with the social distance rules in the country. 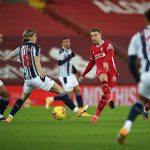 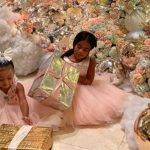