Became prime minister after being released from prison in Kyrgyzstan. Sadır Caparov, former Ata Curt Party Member of Parliament, following the resignation of President Sooronbay Ceenbekov. Announced that the presidential powers were transferred to him.

Addressing his supporters in front of the Prime Ministry building, Sadır Caparov. Noting that Sooronbay Ceenbekov wrote a petition stating that Parliament Speaker Kanat Isayev was not ready to fulfill his presidential duties after resigning. “So the presidential powers were transferred to me.” used the expressions.

Celebrating Caparov’s speech with music, his supporters began to disband after sang the country’s national anthem.

The presidency and the parliament were occupied and plundered after the protests organized by the supporters of the opposition party who demanded the annulment of the parliamentary election results held in Kyrgyzstan on 4 October turned into violent events.

Some of the demonstrators, who did not accept the election result, removed Caparov from prison and declared him “interim prime minister”, and President Ceenbekov signed the decision on the appointment of the members of the new cabinet established under the prime ministry of Caparov, who received a vote of confidence from the parliament. 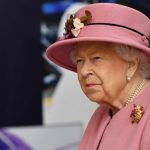 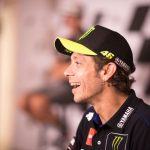