German Interior Minister Horst Seehofer made statements regarding the entry ban to be applied from today against countries where the new type of coronavirus (Covid-19) has been mutated.

Minister Seehofer defended the ban and said, “Traveling to regions where the mutation virus is seen without a really compelling reason would be plain stupid, I must say frankly.

Stating that the transport ban is a drastic measure, but it is absolutely necessary to protect the public, Minister Seehofer said, “The prohibitions we have put in place are about defense against highly contagious, mutated viruses. Avoiding unnecessary travel abroad is a civic duty”, saying that the German people travel abroad unnecessarily. He called for them to refrain from doing so.

Stating that there is not enough positive development yet to have a situation such as loosening the measures implemented for about 3 months, Minister Seehofer said, “At the moment, nobody can decide how to continue in mid-February. After all the experiences in the fight against infection, something can be said. Cannot return to normal conditions. It will be possible in stages. Otherwise, there is a risk of re-entering the 3rd wave “. 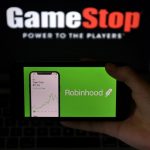 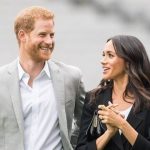