Famous singer Jessie J, who hospitalized after temporarily losing her hearing and having difficulty walking. Found out that she had Meniere’s disease.

Famous British pop star Jessie J shared her health status on Instagram. The singer, who currently lives in California, USA and owns hits like Price Tag. Announced that she diagnosed with Meniere.

Jessie J used the following statements about her moments of partial hearing loss:

“I woke up and felt in my right ear that I had completely lost my hearing, unable to walk in a straight line. Essentially I was diagnosed with Meniere’s disease. I know many suffer from it and many have reached out to me and gave me great advice, so I haven’t given any explanation before now. I can sing for the first time and I can bear it. ”

WHAT IS MENIERE DISEASE?

Meniere’s disease is an ear condition that can cause dizziness and the feeling that everything around is spinning. The disease also makes it difficult to stand and walk due to dizziness.

The singer, who shared the developments about her situation with her fans, added the following statements:

“Now I’m watching The Queen’s Gambit on my ear. I looked at the first episode 4 times because I can’t focus and it feels like someone went in and turned on the hairdryer.”

The singer stated that the situation could be much worse, but she is happy with her situation now. 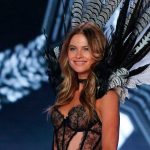 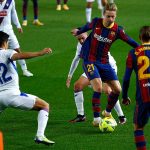