Lewis Hamilton, who defeated the coronavirus he caught this year and reached his 7th championship, equaling the championship numbers with Michael Schumacher, one of the greatest legends of Formula 1, given the title of knight.

Formula 1 champion Lewis Hamilton (35) awarded the title of knight by taking place in the New Year Hall of Fame with hundreds of people due to his work in the coronavirus pandemic.

In addition to ‘Sir’ Lewis Hamilton, honorary titles given to people who worked in the coronavirus outbreak this year.

Hamilton won this title at the age of 35, but was not the youngest to achieve this. Tennis star Andy Murray was 29 years old, and bikers Bradley Wiggins and Chris Hoy were 32 years old.

In 2020, Hamilton increased Michael Schumacher’s record of 91 wins to 95 and shared 7 championships.

Hamilton became the fourth F1 driver to be knighted. After from two British Stirling Moss and Jackie Stewart and Australian Jack Brabham. 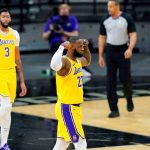 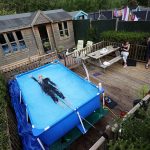