Model mom-to-be! Gigi Hadid confirmed that in April that she is expecting her and Zayn Malik’s first child and has been opening up about her pregnancy ever since. 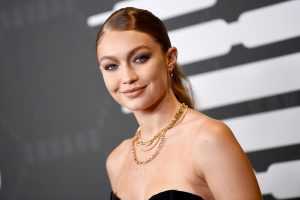 “Gigi is pregnant and she and Zayn are so in love,” a source told Us Weekly exclusively at the time. “She’s always wanted to start a family with Zayn.”

Later that same month, another insider revealed, “Gigi has been telling her close friends and family about her pregnancy news and was trying to keep it low-key. She has been so grateful for all the well-wishes and congratulations she’s received. She’s so excited to be a mom and so happy to be pregnant and to be embarking on this new journey of motherhood, especially with Zayn by her side.”

As for Malik, 27, the former One Direction member “couldn’t be more thrilled.”

The couple’s baby news came three months after Us confirmed that they are dating again after previously calling it quits.

“They got back together very recently,” the insider shared with Us in January. “They have been trying to make it work for three months but it has been slow and steady.”

Hadid, 25, and the “Dusk Till Dawn” singer were first linked in November 2015. Following their first breakup nearly three years later, they briefly reunited before splitting again in January 2019. The model went on to date Bachelorette’s Tyler Cameron. 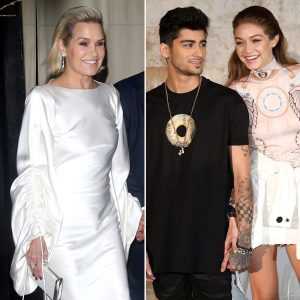 “I am excited for her,” the former reality star, 27, told ESPN West following his ex-girlfriend’s pregnancy reveal. “I am happy for her. She is going to be the most incredible mother. She’s a caring, sweet person and she’s going to be amazing.”

The general contractor went on to tell Us exclusively in May: “I’m stoked for her. … She comes from a great family, so I’m very excited for her.”

Keep scrolling to read what Hadid and her family members have said about the Los Angeles native’s pregnancy, from cravings to fashion shows.

“We are so excited,” Yolanda Hadid told Dutch publication RTL Boulevard in April. “I’m excited to become an Oma in September especially after I lost my mom so recently. But this is the beauty of life, one soul leaves us and a new one comes in. We feel very blessed.”

Gigi confirmed to Jimmy Fallon that same month: “Obviously, we wish we could’ve announced it on our own terms, but we’re very excited and happy and grateful for everyone’s well wishes and support.” 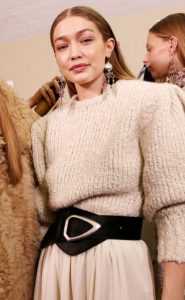 She went on to tell the Tonight Show Starring Jimmy Fallon host, 45, about “craving … everything bagels” and eating one a day. 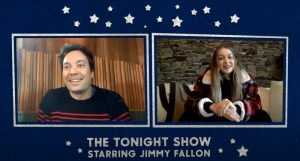 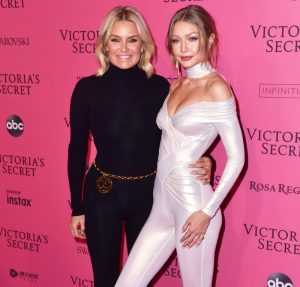 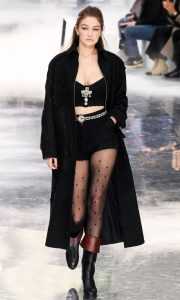 “People think I do fillers on my face, and that’s why my face is round,” Gigi said during a May Instagram Live video. “I’ve had this since I was born. Especially fashion month, when I was already, like, a few months preggo. … I think I already had the cheeks already, so it’s not like there’s a lot to fill in.” 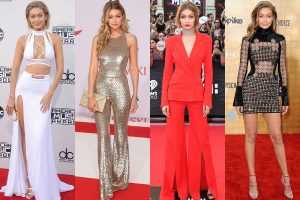 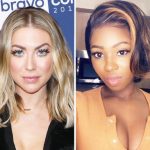 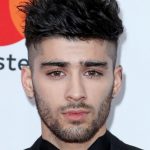