Having made a good start to the season in the German League, Bayer Leverkusen could not prevent the defeat in the Eintracht Furankfurt away. The guest team lost 2-1 from the field.

Bayer Leverkusen, who made a flash start to the season in Germany and suffered his final defeat against Bayer Leverkusen in the 13th week, could not hold on to Eintracht Frankfurt. Leverkusen went to Frankfurt in the 14th week match and went ahead 1-0 with Nadiem Amiri’s goal in the 10th minute.

Amin Younes tied the score at the 22nd minute and the first half ended 1-1.

With Edmond Tapsoba’s own goal in the 54th minute, the home team went ahead 2-1 and the match ended with this score.

In his 2nd consecutive win, Eintracht Frankfurt made 20 points by hand. Bayer Leverkusen, who lost the field for the second time in a row, remained at 28 points.

The results of the matches starting at 17.30 in the German League are as follows: 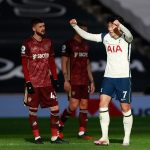 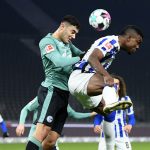