In Egypt, the liberal activist Guneym, one of the symbolic figures of the revolution, was described as a figure who lost his compass, the former President of International Atomic Energy Baradey had to leave the country, and socialist opposition Abdulfettah is in prison.

The 10th anniversary of the January 25 revolution in Egypt is being entered under the shadow of the new type of coronavirus (Covid-19) measures that have affected the whole world for about a year.

Egyptian security forces are taking intense security measures this year, as every year. Circles close to the administration highlight the thesis that the measures in question are related to the pandemic.

On the 10th anniversary of the revolution, the deposed leader Hosni Mubarak and his closest colleague, Information Minister Saffet al-Sharif, who rebelled against his 30-year rule, are no longer there. Mubarak died on February 25, 2020, and Sharif on January 14, 2021.

Mubarak’s Interior Minister Habib el-Adli, who was tried for causing the deaths of hundreds of activists, Mubarak’s sons Ala and Cemal, businessman Ahmed Izzu and Presidential Council Chairman Zekeriya Azmi were “acquitted” and gained their freedom.

On the other hand, Mohammed Morsi, one of the symbolic figures of the revolution and later democratically elected President, was dismissed from his post in July 2013. Morsi died in the courtroom in June 2019.

One of the actors of the revolution was former President of International Atomic Energy, Mohammed Baradei.

Baradei was forced to leave the country after the 2013 military coup. Socialist dissident Ala Abdulfettah, who was at the forefront of the 2011 revolution, is in prison, while liberal activist Vail Guneym is described as a figure who has lost his compass.

Socialist leader Hamdin Sabahi, one of the leading figures of the revolution and the counter-revolution that broke out afterwards, sometimes draws the profile of an ineffective politician who criticizes the government on social media.

“There may be those who follow the calls of Muhammad Ali”
Speaking to Egyptian journalist Viola Fehmi said that social movements around the world accelerated in some periods and then entered a period of decline due to factors such as political and social changes.

Fehmi argued that the Egyptian regime and the media loyal to it ignored the dramatic change that had been going on for more than 7 years, while glorifying some of the economic successes experienced.

Pointing out that activities cannot be held on the 10th anniversary of the revolution on the grounds of the pandemic, the Egyptian journalist stated that there may be people who follow the calls to action of the opposition actor Muhammad Ali living outside of Egypt, but they will not be allowed to operate.

Fehmi also noted that there is no statement from political parties and movements in Egypt that they will celebrate the anniversary of the revolution.

“There is a feeling of undefeated in the hearts of those who believe in the goal of democracy”
Recalling that one of the most concrete goals of the January 25 revolution was the self-government of the people through democratic mechanisms, Egyptian journalist Rabi es-Sukkeri said that it failed.

“Nevertheless, a state of undefeated persists in the hearts of those who believe in the goal of democracy,” Sukkeri said, adding that the evidence of this is that broad segments of society respond positively to occasional calls for peaceful protests.

Sukkeri argued that the goals of “bread, freedom and social justice”, which were among the slogans of the revolution for the past 10 years, were not realized, but these demands are still alive in the people’s conscience.

Noting that despite the intense security measures and the pressure on opposition media, the Egyptian people somehow learned what was decided behind closed doors, Sukkeri stated that there are attempts to restore peace within the countries of the region and that this domestic policy change will also have an impact on Egypt.

846 people died
The revolution, which started on January 25, 2011 and ended with Mubarak’s withdrawal and transferring his powers to the Military Council, lasted 18 days. Mubarak’s decision to withdraw was celebrated with enthusiasm throughout the country, especially Tahrir Square, which was the focus of the revolution.

According to the data of the Ministry of Health, 384 protesters lost their lives as a result of the intervention of security forces and the attacks of the street gangs called “axes” during the demonstrations that continued for 18 days. The total number of injured was announced as 846. However, the “Fact Finding Committee” established after the revolution announced that the death toll was 846. 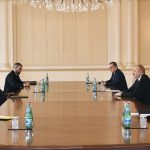 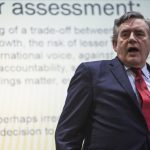