Dakota Johnson, who participated in Jimmy Fallon’s The Tonight Show, admitted that she had a panic attack during the filming of The Friend, where she brought the character of Nicole to life.

The 31-year-old actress, who said she had panicked during a stage she was going to sing in a theater, described those moments as follows: “Singing in front of people is actually incredibly frightening for me and you don’t see me much on stage. She was shooting from behind the camera, you can’t even understand what was happening, and I wasn’t supposed to perform on a theater stage either. They started playing the playback version of my voice, that is my voice recording, and they said ‘Action’ ”

Stating that he could not control the panic attack as the director started shooting, Johnson said, “I got off the stage directly. I started running behind the stage, the theater. I was running around and then I suddenly started laughing and the whole team said, “What is this girl doing?” After running and laughing, I suddenly stopped moving and started crying. “It was like an incredible flight mode,” she said.

Gabriela Cowperthwaite is the director of the drama that puts Jason Segel, Dakota Johnson and Casey Affleck in the lead roles.

The Friend tells the story of a man who is trying to support his friend who is living the last times of her life.

Nicole has only six months to live. Matthew is devastated when he learns that his wife will die of his illness. Not wanting to leave them alone during these difficult times, Matthew’s best friend decides to move into the couple’s home to be supported. The effect of moving your friends home is even greater than they imagined. 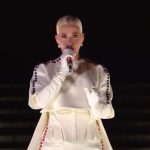 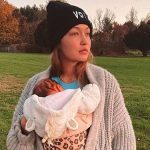