Payment company that is the center of one of the biggest financial scandals in German history. Wirecard’s creditors reportedly demanded 12.5 billion euros.

In the bankruptcy case at the Munich district court. Wirecard AG’s bankruptcy manager Michael Jaffe at a meeting with creditors of the company in Munich. It reported that the creditors demanded 12.5 billion euros against the company.

It was noted that there were other creditor requests from Wirecard AG, apart from 12.5 billion euros, but this was not disclosed to the public.

There are other claims against other companies of Wirecard AG. It stated that Jaffe will hold a meeting in Munich today and tomorrow against these demands.

Jaffe announced yesterday that Wirecard has agreed to sell its private technology assets to Madrid-based Santander. Under the deal, about 500 Wirecard employees managing the technology will remain in their current positions and join Santander’s global trade services team.

Wirecard, considered until a few years ago as the “future of German financial technology”. It became the center of the biggest financial scandal in the history of the country, after the loss of more than 1.9 billion euros in the company’s balance sheet.

The company filed for bankruptcy after the exposure of its debts of 3.2 billion euros. 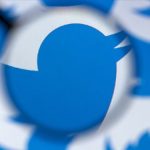 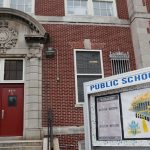