It was reported that the 63rd Grammy Awards program to be held in the USA was delayed due to Covid-19.

In the USA, it was reported that the program, where the 63rd Grammy Awards, known as the “Oscar” of the music world, will be announced, was delayed due to the rapid increase in new types of coronavirus (Covid-19) cases.

It stated that the award ceremony, which is expected to be held on January 31 in Los Angeles California. Postponed due to the increase in cases in the Covid-19 outbreak. And the official statement on the subject will be made soon.

In an interview with the nominees in November, Harvey Mason, head of the organization called Recording Academy. Which organizes the award ceremony, said that an event planned for a small audience. But many other details are still being worked on.

Various news in the American media reported that the award night is expected to take place in March.

American pop star Beyonce, who was nominated for the 63rd Grammy Awards in 9 categories, became the most nominated female artist in Grammy history.

Due to the Covid-19 outbreak in 2020, many award ceremonies such as MTV Video Music Awards, Latin Grammys and Emmy Awards were held online or with very limited attendance. 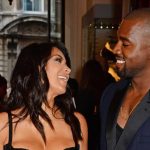 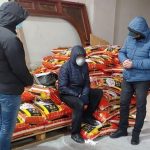