Involved in two major accidents in the past years, in which 346 people died. The Boeing 737 MAX returns to the runways. After about 20 months of investigation by the Federal Aviation Administration (FAA). Boeing announced that it lifted the ban on 737 MAX aircraft.

US aircraft company Boeing has launched the new model of the 737 Max on the runways. In the spring of 2019, the FAA later revealed that the software error was. Boeing 737 MAX aircraft, which were involved in two major accidents and killed 346 people in a row, stopped the flight.

FAA President Stephen Dickson signed an order to officially lift the ban on Boeing 737 MAX aircraft on Wednesday. “The road that led us to this point was long and tiring, but we said from the start we would take the necessary time to get it right. I feel 100 percent comfortable with my family flying through these gaps. ”

The European Union Aviation Safety Agency (EASA) also stated in October that the aviation company corrected errors in writing. Explained that it had reached a “high enough” security level. In this context, Boeing announced that it gave permission for the 737 MAX planes to fly again. 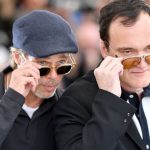 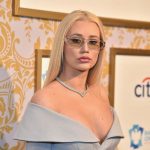