The Genesis Block is the first block of the Bitcoin blockchain created by Satoshi Nakamoto on January 3, 2009. Bitcoin’s Initial Block can regarded as the first concrete step that paves the way. For the blockchain to be used for peer-to-peer value transfers.

Although Bitcoin is often associated with price fluctuations. The blockchain technology that has behind it for 12 years. And the idea that creates the starting point should not ignored.

With the Starter Block he produced, Satoshi Nakamoto fired the fuse that would enable a new financial system to be born. While at the same time implementing a payment system.

The blocks that make up the blockchain consist of data sets in which the transaction and confirmation records of the transfers made on the network are kept both encrypted and open.

Hash, that is, cryptographic digest, is the transformation of data into a unique code set by encrypting. It with cryptographic encryption algorithms.

Thus, the data desired to be entered into the blockchain becomes a digital fingerprint. That allows it to take place in the chain. The term “Block 0” is also used for Initial Block and was created by Satoshi Nakamoto as a reference to other miners.

Serving as an anchor, the Starter Block differs from other blocks of the blockchain with some features. The Start Block is the only block that does not contain previous block information. The first 50 Bitcoins produced in this block cannot be spent.

Satoshi Nakamoto documented and immortalized today’s date, which will be considered as Bitcoin’s birthday, with a message he concealed to the Inception Block. Nakamoto added “The Times 03 / Jan / 2009 Chancellor on brink of second bailout for banks” to the headline of The Times, dated 3 January 2009. (“Chancellor on the brink of the second bailout package for banks”)

In addition to proving that the block was not produced before, this message has a historical mark and can be considered Bitcoin’s birthday certificate. Choosing this headline is also considered as a reference to the shortcomings and problems of the existing financial system.

The Startup Block has been a starting point for both Bitcoin and other cryptocurrencies using the Bitcoin infrastructure. The first 50 Bitcoins produced in the Starter Block cannot be spent or moved.

Since the day it was created, people continue to donate Bitcoin to the address 1A1zP1eP5QGefi2DMPTfTL5SLmv7DivfNa belonging to Satoshi Nakamoto as a celebration and a sign of respect. About 19 Bitcoins were sent by users to the address hosting the first 50 Bitcoins. 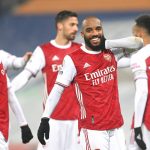 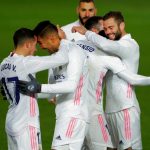