The habit of parents to choose their children’s names from popular culture figures continues. According to the latest data, Billie Eilish is at the top of this field. Another noteworthy detail is that the names of the series actors broadcast on digital platforms stand out in the preferences.

Naming babies the names of prominent figures in popular culture is a common habit in many different. Parts of the world and it seems that this habit will continue in 2021. Billie Eilish, who won 5 Grammy awards, is at the top of the list of popular names that can be given to girls.

However, it is not surprising that the names of TV series and movie actors have become popular. As the isolation imposed around the world increases the time spent watching movies or TV series on digital platforms to spend time.

According to the British broadcaster, in the list prepared by My Nametags, the name of Sex Education’s prominent character Maeve is among the popular names to put it to girls. The name of Anya Taylor-Joy, the star of The Queen’s Gambit series, is also at the third place in the list.

The controversial series The Crown also seems to popularize the name of Princess of Wales, Diana. Fifth on the list is the name of Jodie Comer, star of the TV series Killing Eve.

At the top of the list for boys is the name of Connell, the main character of the BBC’s popular series Normal People. While Tom is in second place, Premier League player Marcus Rashford’s name is in third place.

Formula 1 driver Lewis Hamilton’s name is in fourth place, while the name of famous broadcaster David Attenborough is in 5th place. 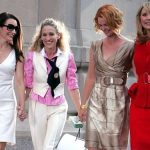 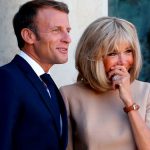