Biden, the 46th President of the USA, took office last week. Biden signed 43 presidential decrees within a week. Trump and Obama signed a total of 9 decrees in their first weeks. The Democratic leader is trying to erase any traces of former President Donald Trump’s four-year mandate.

Joe Biden, who took an oath in the US presidency on Wednesday, January 20, made history as “the President who signed the most resolutions in the first days of his duty in the country’s recent history” with 43 official decisions he signed in his first week of office.

Biden won the elections held on November 3, 2020, after Donald Trump, one of the most controversial presidents of the country, and took office as the country’s 46th president with an inauguration ceremony held on Wednesday, January 20.

Biden, who gave the message “We will collect what Trump has distributed” in his election promises, made a total of 43 decisions, including reversing Trump’s policies and fighting the new type of coronavirus (Covid-19), in his first week of duty, ” signing the decree was the President “.

Although this situation of Biden is interpreted by some as “The President took office quickly”, Republicans criticize Biden’s attitude and argue that the country is against the principle of “bi-partyism”.

Biden, who entered the Oval Office in the White House after the inauguration ceremonies ended, signed his first decrees to reverse the policies that were frequently discussed during the Trump era.

US President Biden first made a decision requiring masks to be worn in federal buildings and campuses due to Covid-19.

Biden, who put the fight against climate change as one of its priorities, signed the presidential decree to re-participate in the Paris Climate Agreement, from which Trump, who denied global warming, withdrew.

Biden also signed a decree to return to the World Health Organization (WHO), where Trump left after the Covid-19 outbreak.

President Biden also lifted the travel ban on some Muslim countries, which was initiated by Donald Trump’s decree about a week after he took office.

Biden also signed a decree to cut funds on the wall built on the Mexican border, one of the most controversial decisions of the Trump era.

US President Biden also signed a decree on the cancellation of the Keystone XL Oil Pipeline Project, which Obama rejected in November 2015 for environmental reasons after 7 years of evaluation, but approved by Donald Trump.

The 2,735-kilometer oil pipeline project, which will carry Canadian oil to the refineries of the USA in the Gulf of Mexico, was expected to transfer approximately 800 thousand barrels of oil per day.

Biden signed a total of 17 separate decrees on his first day at the White House.

Biden, who took over a country in the grip of the Covid-19 pandemic, signed 8 decrees and 1 circular to combat the pandemic on the second day.

Among the headings of the decree signed by Biden on Covid-19 on the 2nd day, articles such as the requirement of masks for domestic and international travel, facilitating access to treatment, and providing the necessary conditions for opening schools drew attention.

In addition, Joe Biden signed a circular on the use of the National Guard in the fight against Covid-19.

Biden signed 7 decrees addressing people in the low-income group most affected by Covid-19 and federal employees.

Having spent his first weekend in silence, Biden took steps towards the policies he inherited from the Trump administration on Monday, January 25 (day 6).

Later, Biden signed a travel ban for non-US citizens traveling to this country from the Schengen area, the UK, Ireland, Brazil and South Africa.

Trump signed a decree before leaving office to lift the ban on these countries on 13 March 2020 on January 26. With this step, Biden also voided Trump’s decree.

Biden also signed another decree on the 6th day of his tenure that federal agencies should prioritize American goods in their purchases.

On his 7th day in office, Biden touched upon the issue of “race equality”, which was once again brought to the agenda after the murder of black George Floyd by police violence on May 25, 2020, and signed 4 separate decrees.

One of the decrees ordered the Ministry of Housing and Urban Development to remove discriminatory policies in the federal housing system, while the Ministry of Justice is instructing not to renew contracts with private prisons.

On his 8th day in office, Biden set climate change as the decree agenda for Wednesday, January 27th. Biden signed 2 decrees and 1 declaration on this issue.

With regard to climate change, Biden signed a decree stipulating that this problem should be tackled both domestically and internationally and another decree to establish a team under the name of “Presidency Science and Technology Advisory Board” at the White House.

The number of decrees signed by Biden stands out very high when the first weeks of the three presidents before him were in office.

Obama’s predecessor, George W. Bush, did not sign any decree during his first week in office. 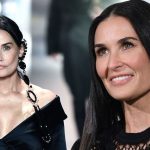 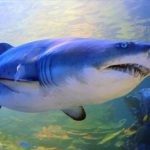